Bujumbura, the humid capital of Burundi lies on the golden sandy shores of Lake Tanganyika – Africa’s longest lake (also the world’s longest freshwater lake). At a distance of 270km from Kigali, a mountainous cycle awaited.

After farewell to Meg and everyone at the Kinamba Project, I rolled down the very steep cobbled hill before turning the peddles again.

As I headed out of Kigali, I knew it was going to be very hilly since Rwanda is often referred to as ‘Le pays des Milles Collines’ – ‘Land of a Thousand Hills’. Sure enough, it was.

But the gradients are a little more forgiving than they were in Ethiopia, so I slowly meandered my way towards Gitarama before onwards to Ruhango where I rested the night. 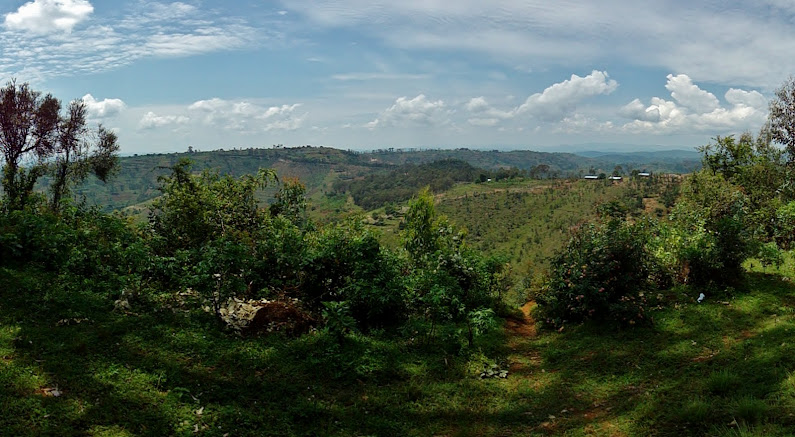 The next day after yet more climbing I made it to Huye (formerly known as Butare). Huye is regarded as the intellectual capital of Rwanda given its University, Cathedral, research centres and National Museum of Rwanda.

I was lucky enough to find a lodge owned and run by the Anglican Church of Rwanda, which, for 6,000 RWF (about £6 per night) would get me a reasonably comfortable room.

Accommodation in Rwanda is relatively expensive (particularly when compared to Uganda), and all the other hotels were likely to be in excess of 10,000 RWF (£10) for even the most basic setup. 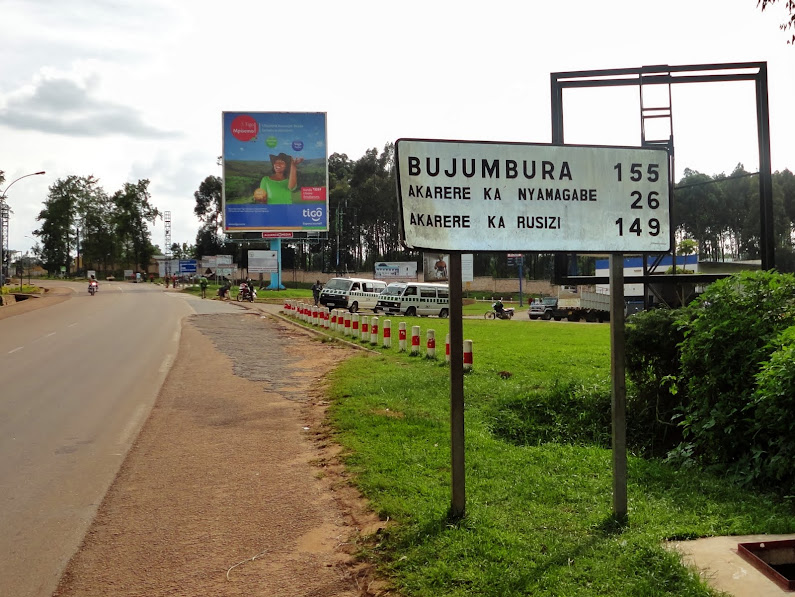 I was pleased to be in Huye, knowing I’d made a good start on the mountains I was likely to face as I meandered slowly towards Bujumbura.

Sadly, however, the “Give me money” side of kids had returned in Rwanda (I hardly heard it in Kenya/Uganda). Not in any way as bad as it was in Ethiopia, but in places the pestering was quite common. As you cycle past sweating like a recently soaked sponge, the kids would run asking as for money…or anything they could think of. Thankfully though, unlike Ethiopia they won’t try to grab stuff off your bike….nor will they throw stones, but either way it’s a tiring accompaniment to the cycle.

But I shouldn’t paint all the kids with the same brush; that of course would be very unfair.

Many of the children seemed intent on simply helping to push me up the hill; a very sweet act and genuinely appreciated!

In Huye there is also the well laid out National Museum of Rwanda which is well worth a visit, as is the Ivys hotel as they’re able to knock up some good food, including Pizza 🙂

Having checked Google Maps, I was a bit unsure about the Border Crossing with Burundi – as for some reason they show the road as stopping before the border. Thankfully you needn’t worry; just keep following the tarmac that takes you out of Huye and after about 30/40km, you’ll be at the “Frontier” – the border with Burundi. 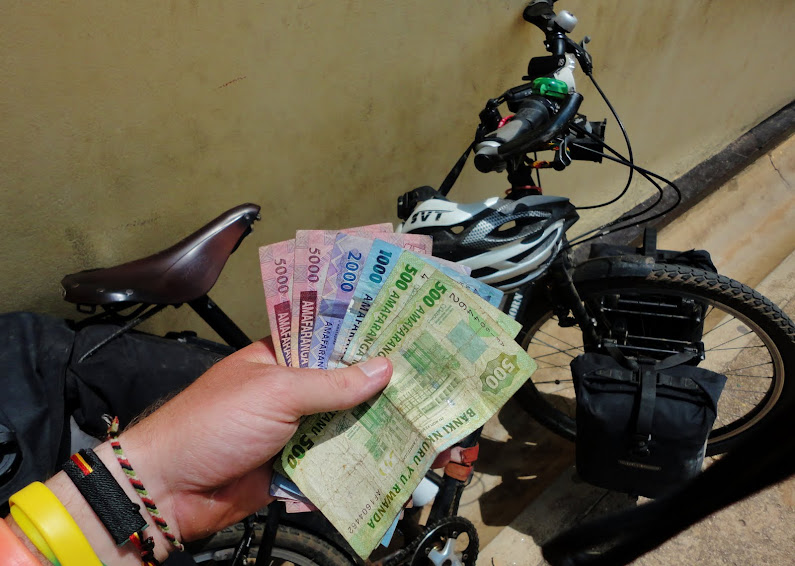 I got my Visa for Burundi in Kigali as I’d heard it was only possible to get a transit Visa (3 Days) for Burundi at the borders. Clearly I was going to take longer than 3 days, so I arranged my Visa in advance.

The Burundi Embassy in Kigali is very efficient. The cost of a 1 month Visa cost is relatively high though, at $90, but it’s worth spending a bit of time to submerge oneself in Bujumbura. The transit Visas (3 days) currently cost $40/$50.

The Visa was sorted within the hour. I also wrote a letter to the Ambassador and included it in my application. I’m not sure if it was required (I had been told it was advisable) – but either way, everything was done very courteously within the hour.

I changed money at the border; 1 RWF will get you 2 BRF. Definitely worth using the Bank of Kigali back in Huye to load up on some cash, as the rate of exchange at the border was pretty fair. There are no Visa ATMs in Burundi except two at Interbank Burundi – located here and here. They charge 5,000 BRF ($4) per transaction. 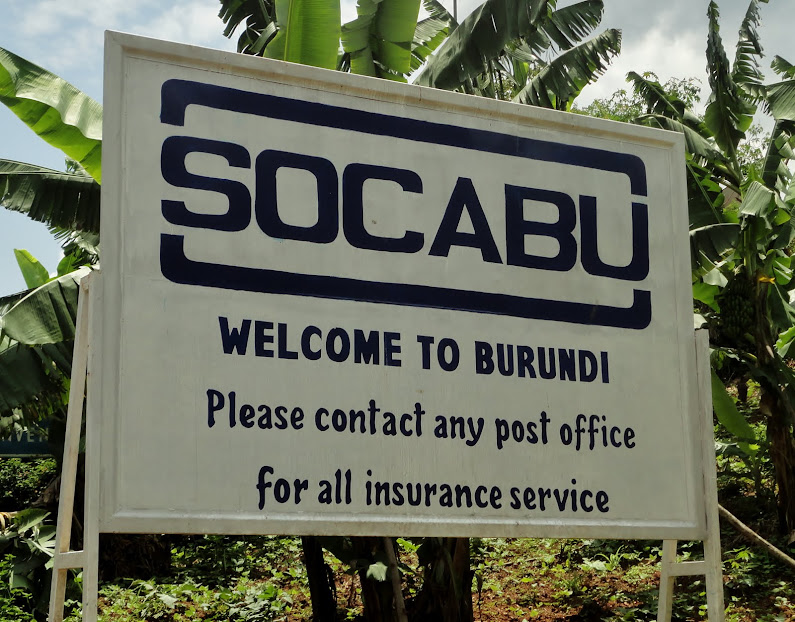 So into full on French Speaking Burundi I headed – within seconds I was toiling up a hill with a small army of kids following my every move. I was told that “Give me money” stops in Burundi; sadly it doesn’t (though it’s generally much less), but my small army were just inquisitive and ran with me for a bit before tapering off. 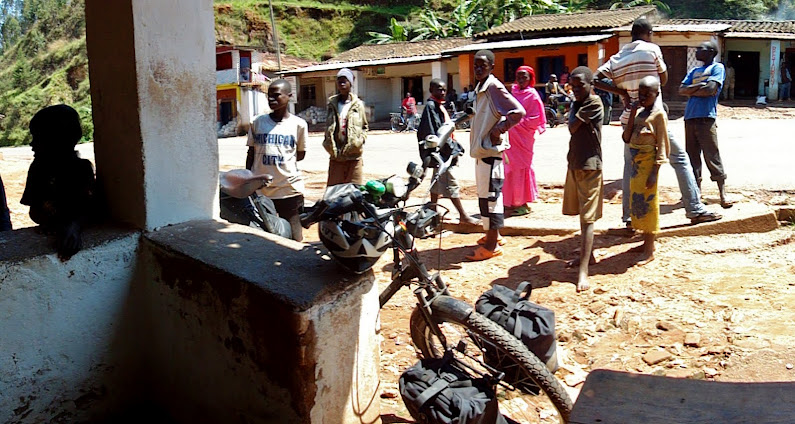 I stopped the first night in Kayanza where I sorted out a new SIM card (Leo – pretty good) and sampled my first Burundian Brochette. I have to say, although Brochettes are very common in both Rwanda & Burundi – I found them tastier in Burundi. You can often get them served with friend plantain banana, or sometimes even chips. Salt away and enjoy cracking cycling energy!

Locals mainly drink from the taps in Rwanda/Burundi, which I did on occasion and didn’t have any problem. That said, I am taking Doxycycline as Malarial Prophylaxis (Anti-Malarial) which is also a mild Anti-biotic.

The next day I continued uphill for around 60km just before where the road splits to Gitega. As I was climbing up the mountain, I couldn’t but notice that in the distance the land simply seemed to “drop off”. What I hadn’t realised is that I was just 1km away from the best downhill of my ride so far – a staggering 30/35km downhill through stunning valleys. 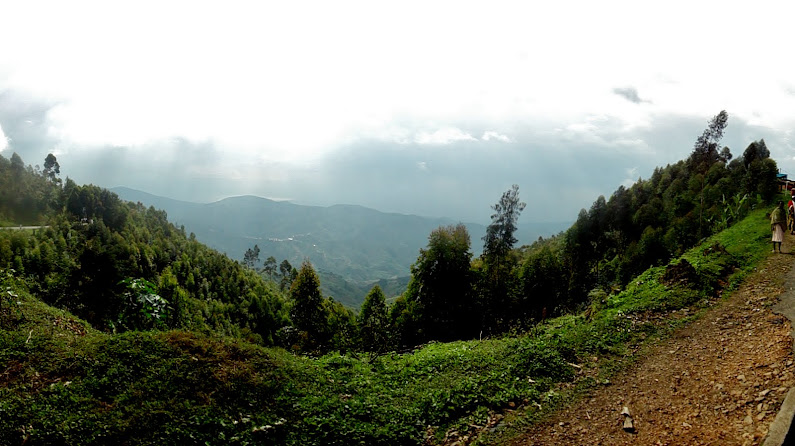 With Lake Tanganyika shimmering in the distance, I quaffed an Ice cold Coke and headed for the warmer, more tropical climate of Bujumbura.

It was glorious. There’s actually a short uphill section in the middle of it, but wow, what a descent. I took a little air out of my tyres and swooshed down the hill, took on the racing line and edged ever closer to Bujumbura.

Into the City I peddled before settling on RemHotel on the way out of the City. As I was staying a few days, I was able to negotiate a rate of 18,000 BWF per night (about £9) which isn’t cheap (in comparison to most of East Africa), but that did come with Free Wi-Fi, a comfy bed and an on-site restaurant/bar serving cheap meals.

Tourist Hotel, which I also found for 13,000 BWF, seemed great and was more centrally located. However their rooms weren’t quite so nice and there was no Wi-Fi, which I felt was worth a little extra given I had quite a bit of catching up to do.

Primus Beer became my new best friend; served Ice Cold in 70Cl bottles I devoured a few of those, in addition to many Brochettes. If you’re after Pizza, Kiboko Grill at Ubuntu Residence dishes these wonders of mankind up – but it’s a bit Mzungu’fied for me, so I only visited there on “special occasions”. 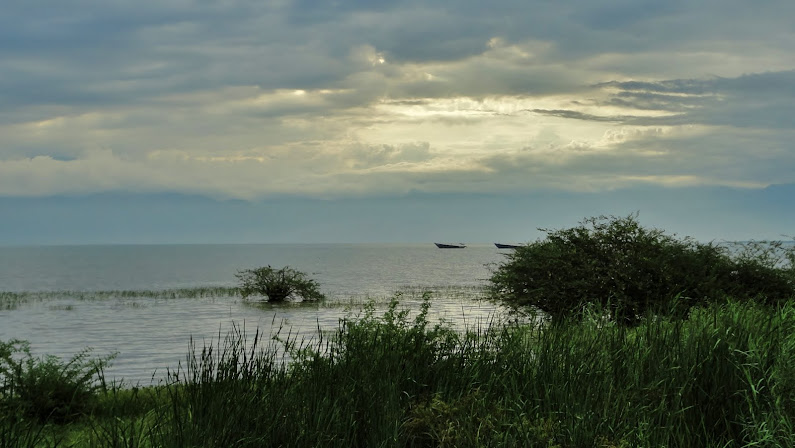 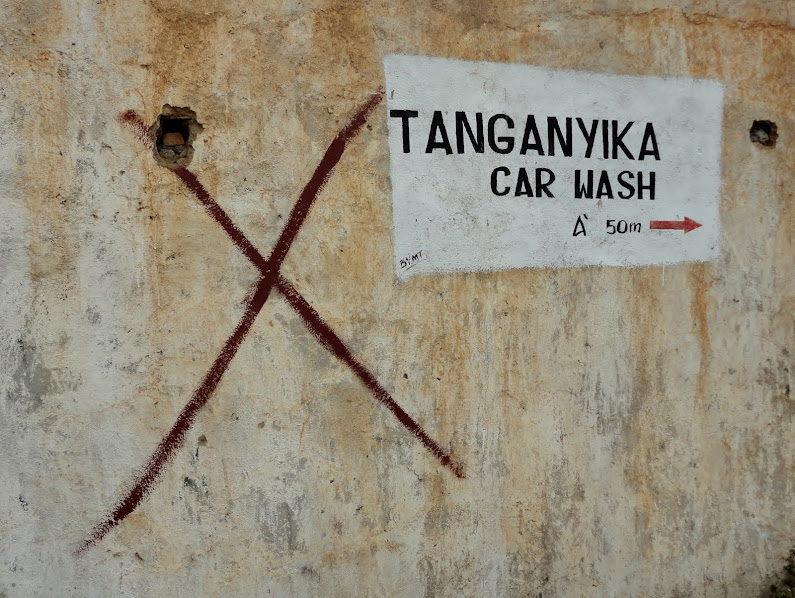 I generally took it rather easy in this tired but developing city. ‘Pole Pole’, the Swahili phrase for ‘Slowly Slowly’ definitely applies here, but Burundians are very friendly, always genuinely keen to learn about what you’re doing and how you perceive Burundi.

On the evening before I was about to leave I met Protais Nteziriba, a minister for Higher Education in Burundi and Mélance Bukera, a local businessman.

As my time was limited and the original projects I’d contacted via email hadn’t replied, I felt slightly disappointed to be leaving Bujumbura without gaining some contacts or visiting any projects.

With huge thanks to Mélance, this was all about to change.

My next blog post will be dedicated to ‘Orphelinat des Coeurs de Jesus et de Marie’ (English: ‘Orphaned hearts of Jesus & Mary’) an orphanage supporting 80 children that is in great need of help. Whilst helping with immediate needs (such as food, bedding & construction materials), I hope to build them a Website to promote their cause to a wider network of donors & volunteers. They urgently need help…so with that in mind, it’s time to get to work. 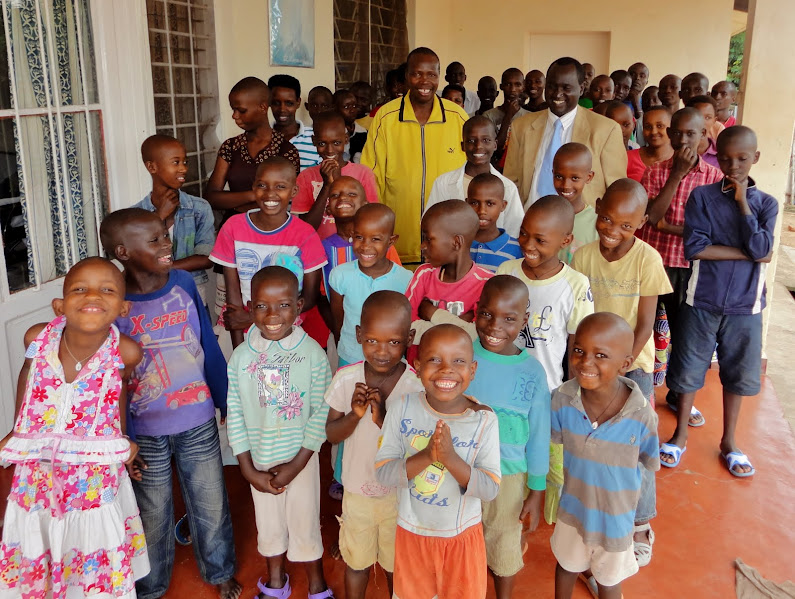 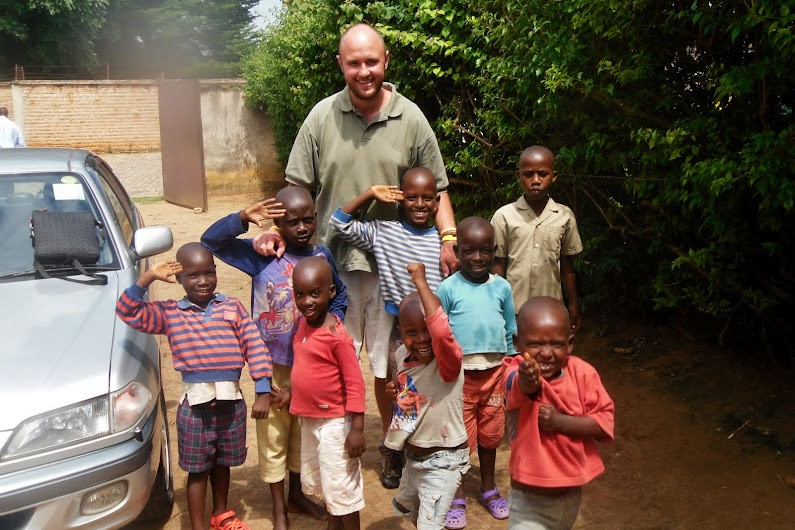 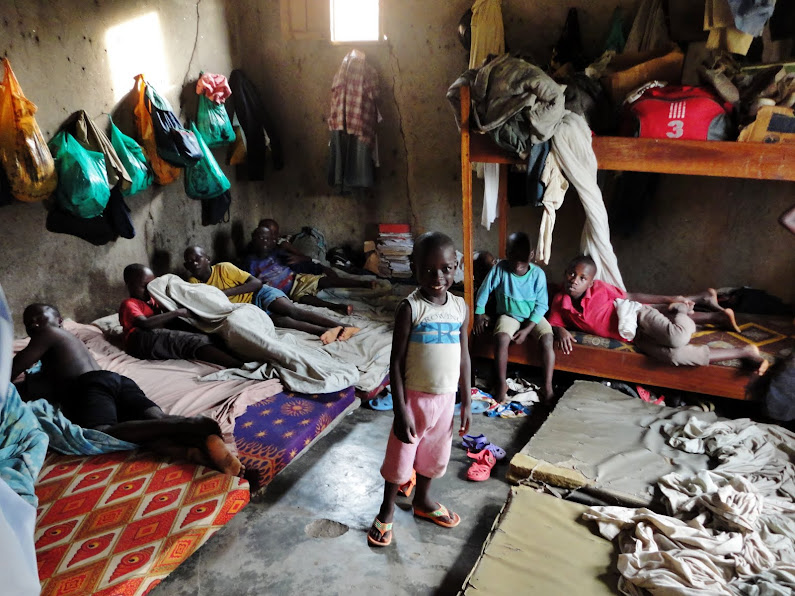