I rushed through Dar es Salaam and boarded Kilimanjaro II, the high speed ferry that was to whisk me to Unguja, the main Island in the Zanzibar Archipelago commonly referred to as Zanzibar.

But I wasn’t holiday-bound this time; I was on a Website SOS. The organisation I was headed for was Fahari Zanzibar – a Women’s project founded, managed and run by Julie Lawrence, a highly experienced fashion designer from the UK.

Fahari | A Sense of Pride

Fahari means “a sense of pride” in Swahili, the native language for the majority of East Africa.

Originally operating out of Julies Apartment, Fahari now proudly boast their own shop on Kenyatta Road, the main shopping thoroughfare in the heart of Stone Town, a historic trading town complete with white-washed buildings organised in a spare time-filling labyrinth maze.

Fahari set out to train Zanzibari women in bag, jewellery & accessory making – using locally sourced materials. Training is not only offered for free, a salary is added on top enabling the women to support their children and wider family.

Palm leaf is one of the most commonly used materials on Bags across East Africa.

At Fahari, this is painstakingly hand-platted by the women into Ukili, before being hand-dyed into a very stylish accompaniment to leather bags – all designed, sewn and assembled from the shop on Kenyatta Road. The bags take days, sometime weeks to assemble, a fact reflected in their prices – some of which retail locally for in excess of $100.

The daily running of Fahari is, however, not without its complications. To the outsider and week-long tourist, Zanzibar is Paradise Island; with its white sands, crystal clear waters and island culture, it’s easy to see why.

But spend any longer there, particularly in the capital Stone Town and things start to take on a very different feel.

Getting anything done, whether local accountancy, legal or general administration can take days and in some cases comes loaded with a head-to-wall-banging amount of bureaucracy. Security is generally good in Stone Town, but that hasn’t stopped the shop being robbed at knife-point by locals wanting to dip their fingers into the till.

As an outsider on Zanzibar, you’ll remain an outsider; always treated and respected differently, no matter what you do to help. Problems can come out of nowhere and with decades of hideous Government corruption combined with money in easy supply from Tourists, the local motivation has been supressed. It’s generally agreed that if you want employ someone on Zanzibar, you’re best to employ someone from the Mainland (Tanzania); Zanzibari’s are simply considered too lazy.

Julie and I used to often joke about how frequently the Swahili word Kesho is used; it means tomorrow. Put in any request and you’ll be met with an enthusiastic response…”It’ll be done Kesho”.

Despite a huge wealth of money coming from tourists, Zanzibar is home to a number of unemployed, uneducated women – many of whom are firmly considered 2nd best to their male counterparts.

In a bid to reverse this trend, Fahari prides itself on only employing & training local Zanzibaris. To date over 50 local women have been trained in a multitude of skills, successfully passing through the stages developing salary-earning skills along the way.

On arrival at Fahari, their “under production” Website was, as Julie bluntly put it, a disaster. A local IT worker had charged an exorbitant fee for one of the worst Internet concoctions I’ve seen and believe me, I’ve seen many contenders for this unenviable crown. The relationship with the company was on its knees so I opted to step in and see what I could do, particularly given my work at Life Beads Kenya.

Better Life Cycle bought a new laptop for Fahari which I took temporary control of in order to develop the website. A new Wi-Fi router was installed alongside other accessories to help with all matters Internet related…nothing like a few gadgets. 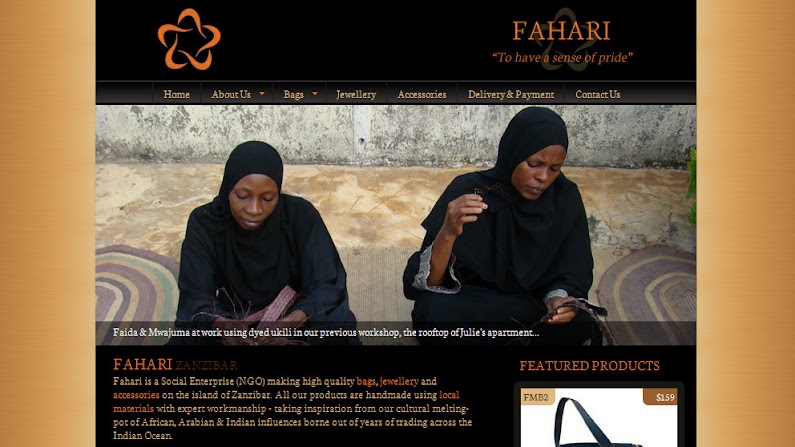 After working at Fahari for just under a month, the new Website was launched: www.fahari-zanzibar.com. Complete with detailed product photos, descriptions and organisational background information, I hope it’ll be a worthwhile portal for the organisation. As with all projects, we’ve started small – but scope remains for future development, particularly the ability to purchase these beautiful products online.

For Julie, the team and others involved in Fahari, it’s already been a long journey. At times tempers have been riled, tears have been shed and it’s not always been a calm sailing.

Yet Julie and team are determined to keep going. As always with projects of this nature, at times it must feel like a process of 2 steps forward, 1.9 steps backward; but skills are rapidly improving, productivity is increasing and there’s a long line of very happy customers.

Difficult times inevitably remain, but on an island with such a complex historical past and amalgamation of varied cultures, it’s never going to be easy. These things take time, they’ve already done remarkably well. 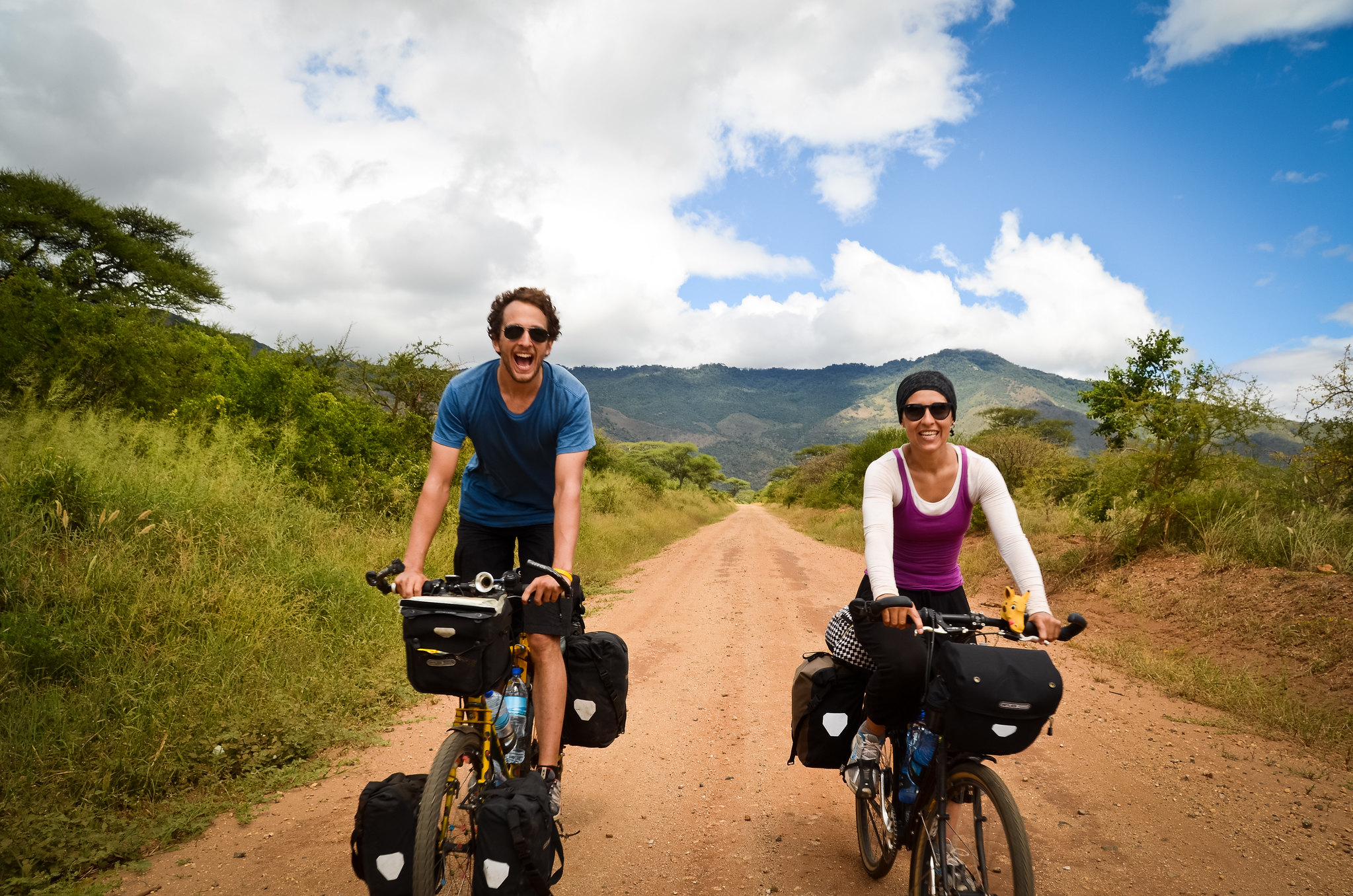 In a fortunate twist of time-frames, at time of writing Dan & wife-to-be Manuela are now in Zanzibar about to add their efforts to the Fahari Zanzibar story.
For Julie, the team and everyone else involved, we all hope the Sense of Pride generated through the Fahari family will continue.

For me, after a month many would envy on the island of Zanzibar, it’s time to venture further south and cycle the route through Southern Tanzania into Malawi. The Lake of Stars is next up, but not before a heart-racing confrontation with some of Africa’s Big 5.