After my adrenaline pumped cycle through Mikumi National Park, I headed onwards through Southern Tanzania taking in the cities of Iringa & Mbeya, winding along the green, occasionally busy main road that flanks the railway line towards Malawi.

Having already entered Tanzania three times on this African cycle tour, by the time I meandered towards Malawi I had already cycled a good proportion of East Africa’s biggest country. But it was in its South that I would find myself most comfortable. Perhaps because I was used to it, but mainly because I found the people genuinely friendly and faced little in the way of tourist hassle. 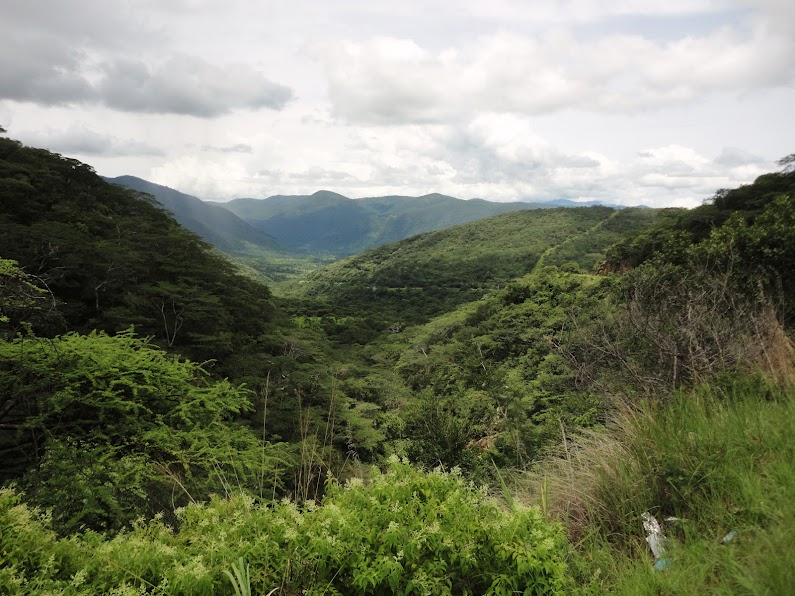 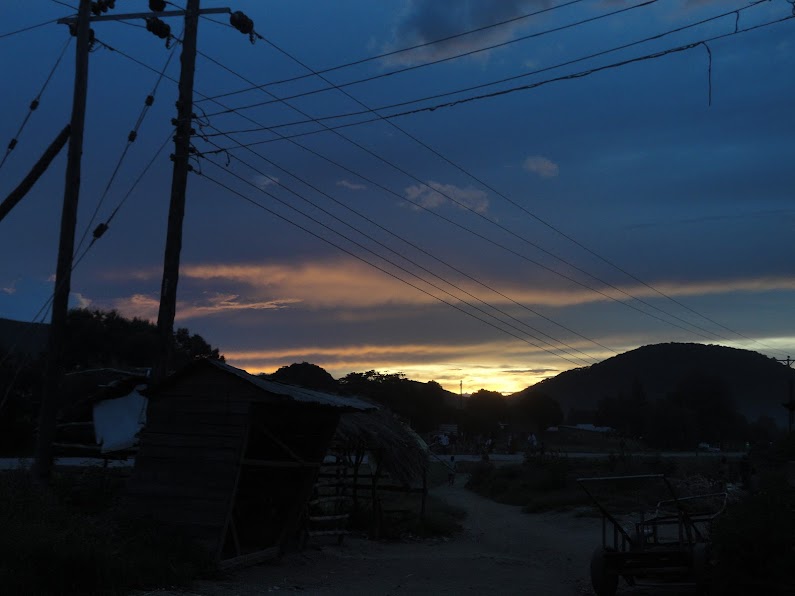 The terrain, however, was far from flat with the Udzungwa Mountains near Iringa providing some decent ascents. Yet all of it was beautiful and after I proceeded through the Kitulo Plateau just before Tanzania’s final town, Tukuyu, I found myself at the very end of East Africa.

Having first entered in December 2010, I cycled a far from direct route through Kenya, Tanzania, Kenya, Uganda, Rwanda, Burundi, Tanzania, Kenya and, finally, Tanzania once more. Here’s a rough photo of why my route looked like: 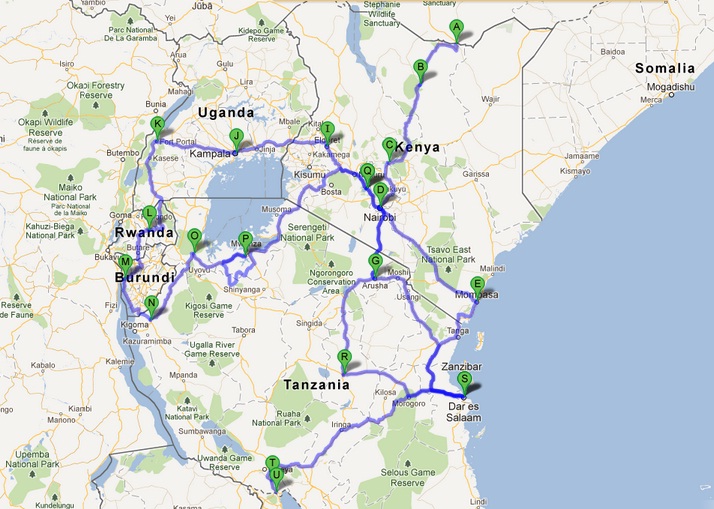 Over the course of these wonderful 463 days I had been lucky enough to volunteer and, using money raised through Better Life Cycle, make a difference in varying capacities to inspiring, local projects.

In Kenya I helped at three projects in Naivasha: Life Beads Kenya, Naivasha Children’s Shelter & Kajiji Cha Watoto. Uganda saw me volunteer with Kampala’s Dwelling Places, whilst in Rwanda I worked with Meg and her team at the Kinamba Project. In Burundi I volunteered alongside locals supporting the much-in-need Orphanage of Hearts project in the humid capital of Bujumbura, whilst on the equally humid Indian Ocean island of Zanzibar, I worked with Julie and team at Fahari Zanzibar. 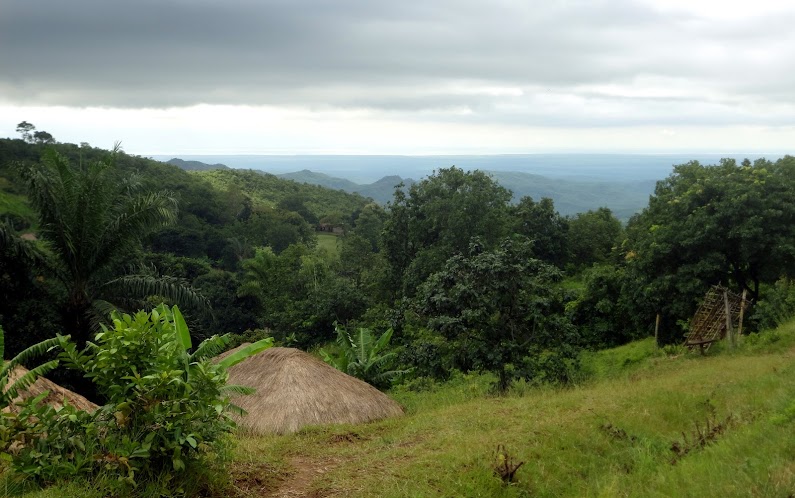 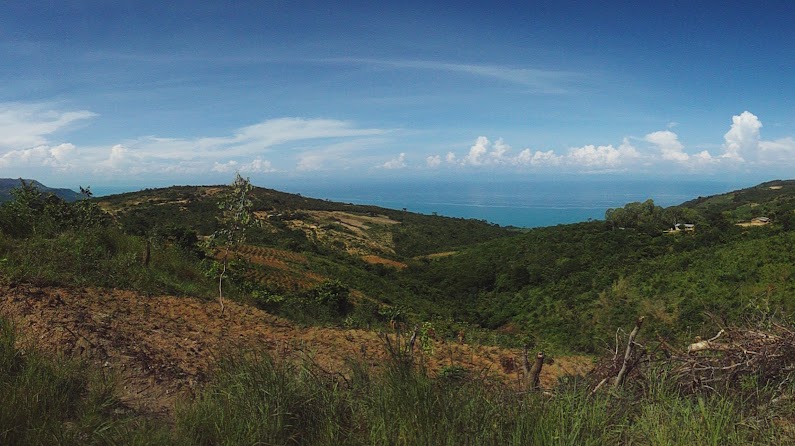 Tukuyu was nothing more than a typical border town, dusty with that ever present dose of managed African chaos. But set amongst expansive tea plantations I found a pleasant rest, following on from which I headed almost entirely downhill where, just before the border, I got my first glimpse of the Lake of Stars – a term given to Lake Malawi by Dr David Livingstone, a man you’ll hear plenty about in Malawi.

I traded Tanzanian Shillings for a first full of Malawian Kwacha at the border, before proceeding onto flatter terrain as I cycled along the shores of calm Lake Malawi.

The mood changed; Malawi had a noticeably different feel to East Africa and it definitely felt as if I had now entered another chapter within the expansive continent of Africa.

My first major stop was at Chitimba, where I rested in Hakuna Matata Camp on the lake shore before hiking up to Livingstonia, camping at the breathtakingly scenic Mushroom Farm. It would be one of my best camps of the entire trip, even despite the evening rains. 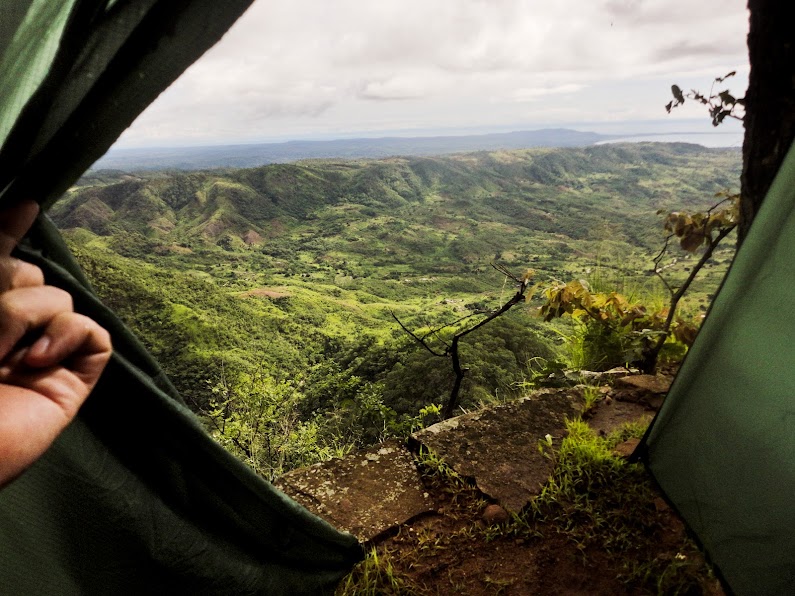 Livingstonia, the missionary base named after Dr David Livingstone and founded in 1894 is small, but pleasing. The red brick houses, gentle town and church are fascinating. The hefty church bell, cast in Scotland, comes with its very own tale of adventure & British mishap, at least so the story goes. 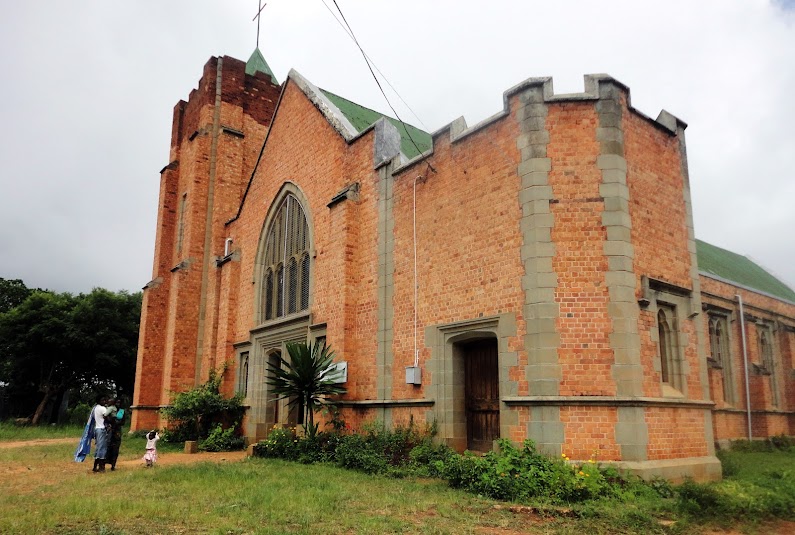 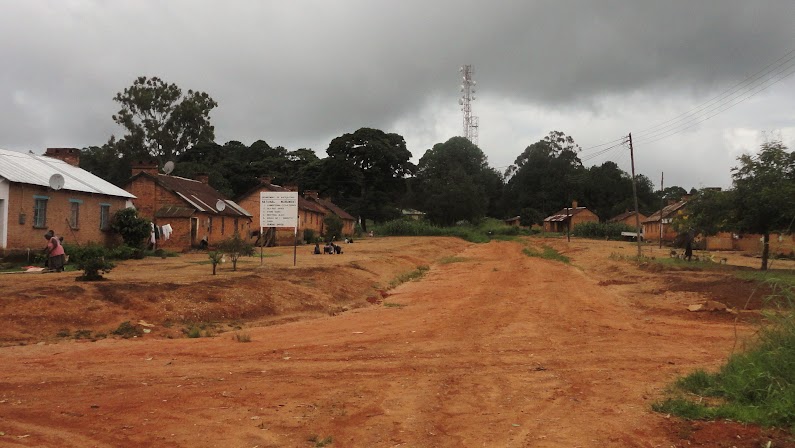 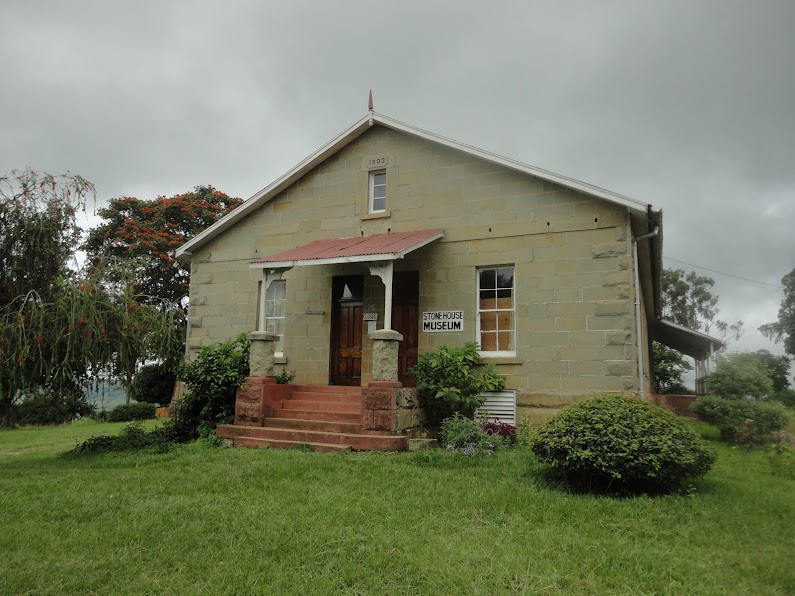 Having been successfully cast it in Glasgow, Scotland, it sailed over oceans and trekked through jungles before being hauled by donkey & porters over rocky terrain towards the foot of the Church.

As the now famous bell was ready for hoisting, it was dropped, cracking it and thus rendering it useless for calling in the congregations. It remains to this day, cast in concrete and situated in the middle of the town. 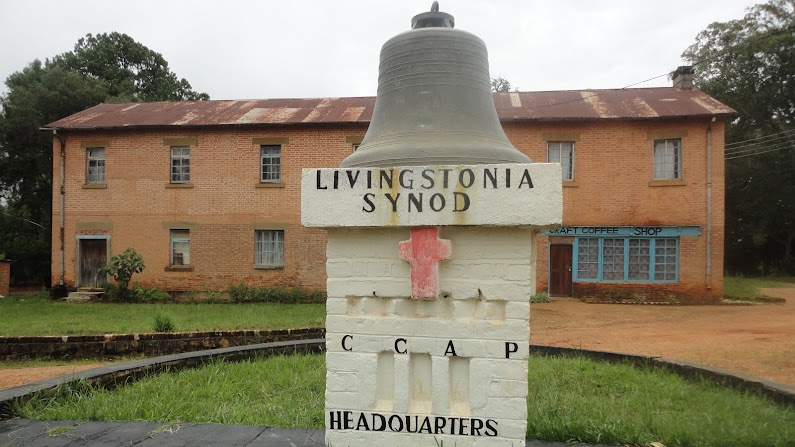 Another bell has since made it, but it’s attachment to the Church rafters leaves a curious question of longevity. Put it this way, I wouldn’t ring it! 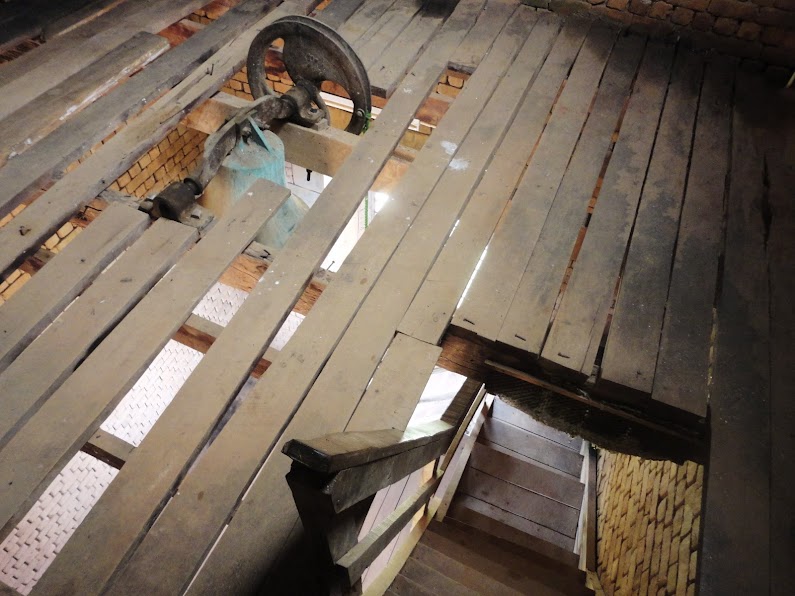 I was grateful to Willie at Hakuna Mata Camp for lending me the backpack for the few days; the road up is very steep and whilst technically it’s possible to cycle, it opted to hike and enjoy the views without all the added hassle.

South of Chitimba, I continued to hug the shoreline and progress through some sharp climbs towards Caribbean-like Nkhata Bay en route to Lilongwe, Malawi’s very green (and small) Capital City where a spot of bike maintenance was in order. 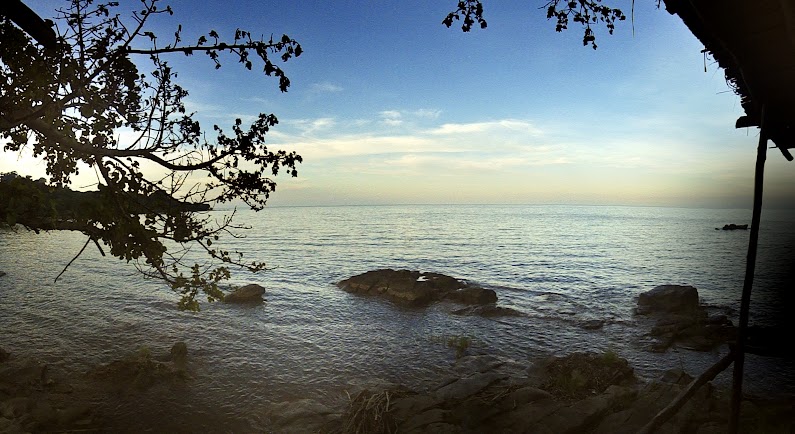 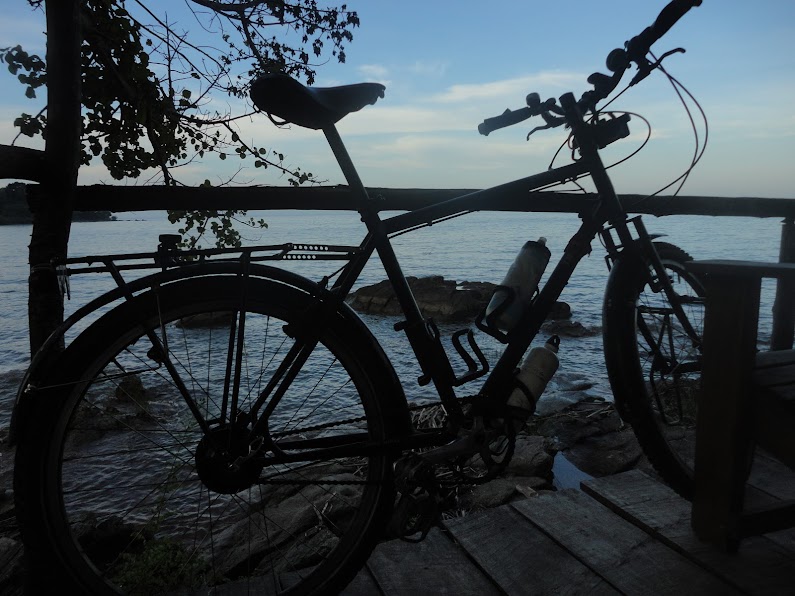 Unfortunately, in my final days through Southern Tanzania my Rohloff Speedhub had started to slip/crunch when set on certain gears. Not all of them, but a least half of the gears – numbers 4, 6, 7,8,11 & 14. Whilst I could still cycle, the missing of these gears was more than an inconvenience and it was a problem I worried would only deteriorate.

I called SJS Cycles in the UK and was put on to Rohloff, whose initial advice was to take a wooden plank and hit the hub (on the axle points) as hard as I could. The locals were quite fascinated by this scenario as after long, tiring days’ cycle I rolled into a basic lodge, detached my rear wheel and belted it. What is Mzungu doing?

Whilst that approach didn’t work, in a story of outstanding customer service, Rohloff priority Fed Ex’d me the replacement parts, free of charge, directly to my tent which by now was pitched up at Mabuya Camp in a quieter, leafy suburb of Lilongwe. 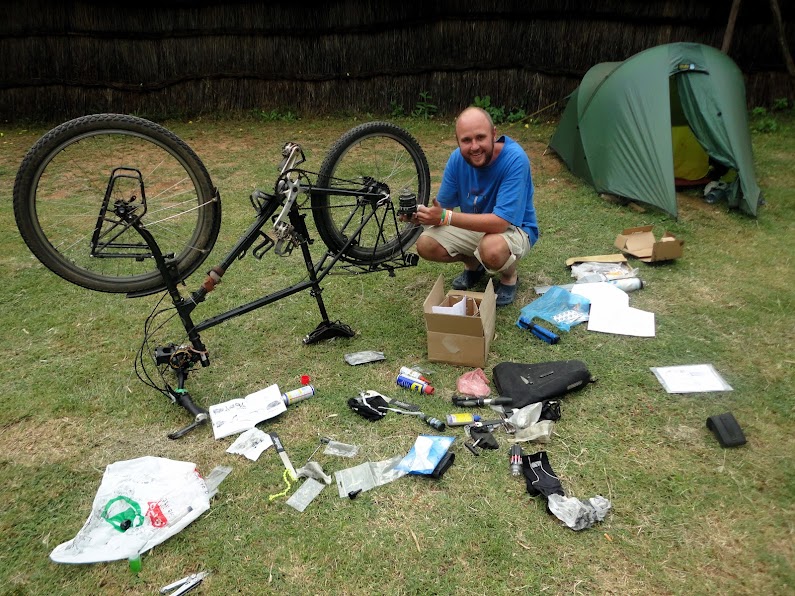 I managed to fix the Rohloff Speedhub with little problem, though getting the rear sprocket off took the combined force of three men! Whilst the Rohloff Hub is an expensive component, it’s been immensely reliable on the ride and knowing I have such high level of support is very comforting.

So after two weeks camped in Lilongwe, I reflected on my time in Malawi and prepared to get back on the bike to head off for neighbouring Zambia.

Most people who have ever visited, or read about Malawi will tell you that the people are amongst some of the friendliest on the planet. But I came at a difficult time for the country, and talking with locals I could feel a significant feeling of anger and frustration towards the government, in particularly its president at the time, Bingu wa Mutharika. 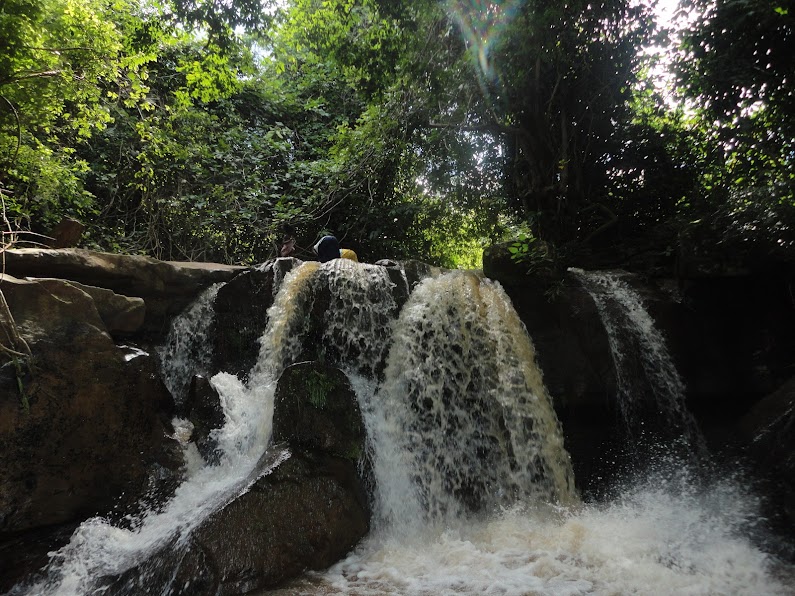 Despite starting prominently with great ambition at the World Bank, his later political life saw him snuggle up with some of Africa’s other “big men”, most notably Sudan’s Omar al-Bashir and Zimbabwe’s “Uncle Bob”, Robert Mugabe.

In 2012 after a leaked Cable, Bingu kicked out the British High Commissioner after he described him as “autocratic” and “arrogant”. As a result, British Foreign Aid stopped almost immediately, quickly followed by that of the US & Europe. Prices rocketed, fuel became scare and people took to the streets, with 18 citizens killed in Northern states after police filed live ammunition. It was a situation unheard of in peaceful Malawi.

Malawians spoke quietly about Bingu, but never favourably and their frustration was obvious. Due to the lack of food & fuel, to many the country felt paralysed whilst Bingu continued to amass millions in a personal reserve, standing tall whilst those below him crumbled. The Black Market value of the Malawian Kwacha against the US Dollar was almost double that of the official bank rate; the currency was on its knees.

On the day I cycled into Lilongwe, Malawi’s president suffered a heart attack and died a few days later in South Africa. 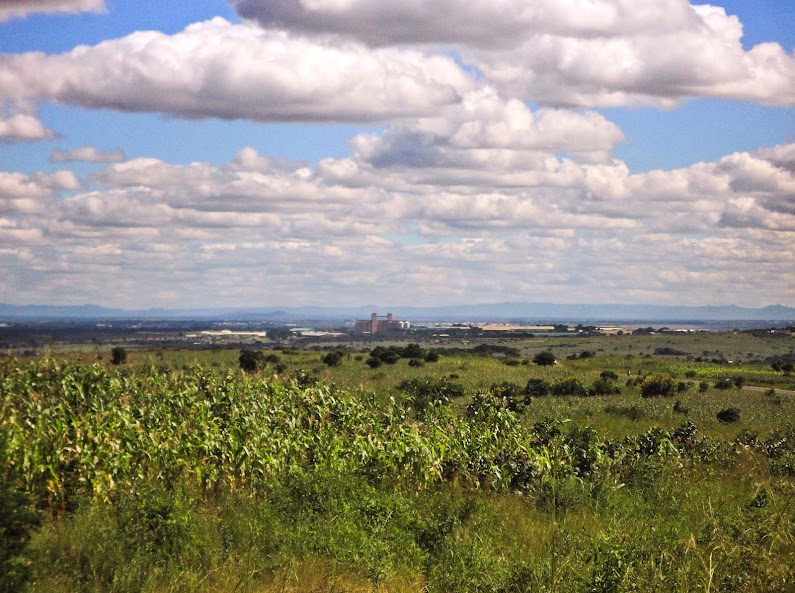 Much in contrast to the perception given out by local media, there was no mass mourning – people celebrated, quietly. Many talked about an impending power struggle with political chaos whilst the constitution was disputed, but little materialised. After just a few days, Joyce Banda was sworn in becoming Southern Africa’s first female president. Within days corrupt chiefs were sacked. Significant, long overdue changes loomed and it wouldn’t be long before foreign aid to one of Africa’s poorest countries would resume.

Fuel was once again headed for the Petrol Pumps and when I cycled out of Lilongwe, there was a tangible difference in the attitude and mood of the people. Smiles felt genuine, I wasn’t asked for money anymore and, for the first time, I felt what I had imagined Malawi would be like.

I was delighted for the people of Malawi as I headed towards the border, with change and easier times hopefully on the horizon.

But now my focus was to turn to Zambia. After leaving Lilongwe, I was excited to be cycling towards an appointment with SOS Children’s Village in Chipata.

Note: Some of my blog posts have been published out-of-sync due to my laptop being unfortunately stolen in Dar es Salaam. The post about my time at the SOS Children’s Village in Chipata has already been written and can be found here.